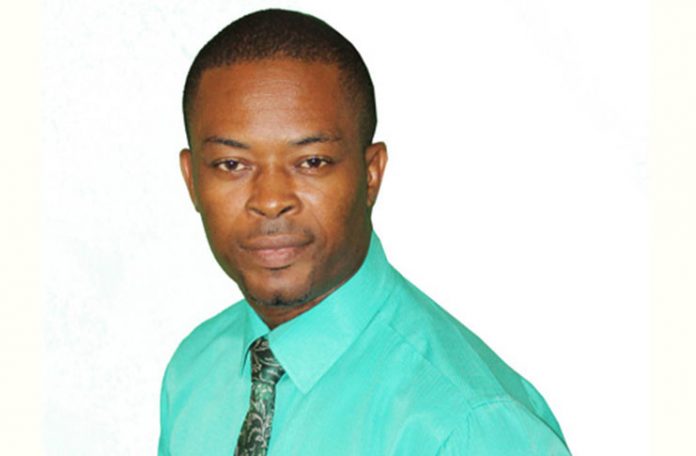 LINDEN is well on its way to being a part of the national trust to ‘Go Green’ Initiative, says outgoing Mayor Carwyn Holland.

He made the announcement after he met with head of the Office of Climate Change, Janelle Christian, on Tuesday to discuss the town’s involvement in the initiative.

“Linden needs to go green on the fact that for years we’ve been doing bauxite mining, but we need to go look in the areas of energy efficiency, etc. We put together a proposal which we would have sent to the Office of Climate Change, and I’m happy that today we are seeing some favour. Linden is ready to go green,” Holland noted.

Meanwhile, Christian highlighted that the brown economy is changing to the green economy, not only with respect to energy saving, but also in terms of efficiency.

“Greening is about changing the way we pursue our development to ensure that its done more sustainably with no harm to environment, to ensure that we use our resources efficiently, protecting it for future generation and also ensuring equity,” said Christian.
The Office of Climate Change is the national agency which is responsible for shaping climate change policy with respect to Adaptation Mitigation Resilience Building.

“We have a responsibility to ensure that national plans are also implemented at regional and local level and so we had a broader conversation here today to discuss with the mayor and his team how we can work closer, what are the priorities and how we can engage the township in the other work that we doing. We have a particular interest in working with the youth to ensure that there is climate change education and awareness.”
Aside from this, attention will be paid to building institutional capacity, addressing legislative policy gaps and implementation of community-based pilots with respect to energy efficiency and renewable energy.

The areas that have been chosen are transport, energy, solid waste management, waste water and water management. The Nationally Appropriate Mitigation Action plan is expected to be completed by March 2018.

According to Christian, the meeting with the outgoing Mayor, Deputy Mayor (mayor elect) Waneka Arrindell; Deputy Mayor (elect) Wainwright Bethune and councillors, sought to get a sense of the larger projections and plans for the township.
It was also geared for them to engage with the consultants who have been working with the mayor and his team to better shape and elaborate the pilot project for the township, with the hope that it will be financed under the Global Environment Facility.
The proposal for the three-year project is expected to be approved by the end of March 2018.

The Office of Climate Change started work with the township of Bartica which was announced as the first model ‘green town’.
“His Excellency President Granger would have said the expectation is that what is done in Bartica will be replicated in other parts of the country and so for 2018, the Office of Climate Change has identified the township of Linden and another municipality, to forge a closer working relationship with the respect to municipality, so that we can work along with them to get an idea of what are the priorities which with respect to their short and long term plans, to transition to become green,” Christian said.