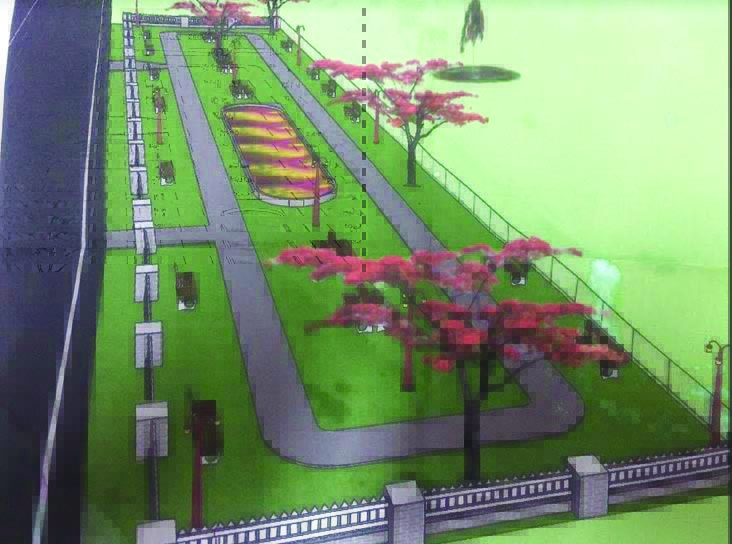 Mabaruma in Region One is “going green” with the construction of a ‘Green Park’ costing million at Hosororo. Work has already commenced, and is moving apace.

The park is an initiative of the Regional Democratic Council (RDC).

Mabaruma Mayor Henry Smith explained that the green facility will be enclosed with two rows of three-feet-high concrete-and-picket fences, one-foot-deep trenches, chairs for relaxation, numerous trees, and a place for children to play.

The Department of Public Information has said the mayor also highlighted that the park would be outfitted with lights which will be powered by solar panels, to facilitate persons utilising the facility at nights.

Mabaruma Town Clerk Barrington Wade has said the decision to create the green park was to establish a space where everyone can go and relax and feel comfortable.

“What we are trying to do is to give the surrounding communities a chance, a place where they can come and relax. I am talking about communities like Koriabo, Riboway, the people of Wanaina, Bumbury and, all in all, the people in Hosororo. So, therefore, it is an ideal spot; it is central, and this part is one part of the constituency that is very popular in the municipality,” Wade said.

The Green Park is expected to be completed within the next six weeks, and the Town Clerk pointed out that the project is just the start of something great. He has hinted that similar projects would be carried out in the other constituencies.
Establishment of this green park is in keeping with Government’s drive to create a national green economy.