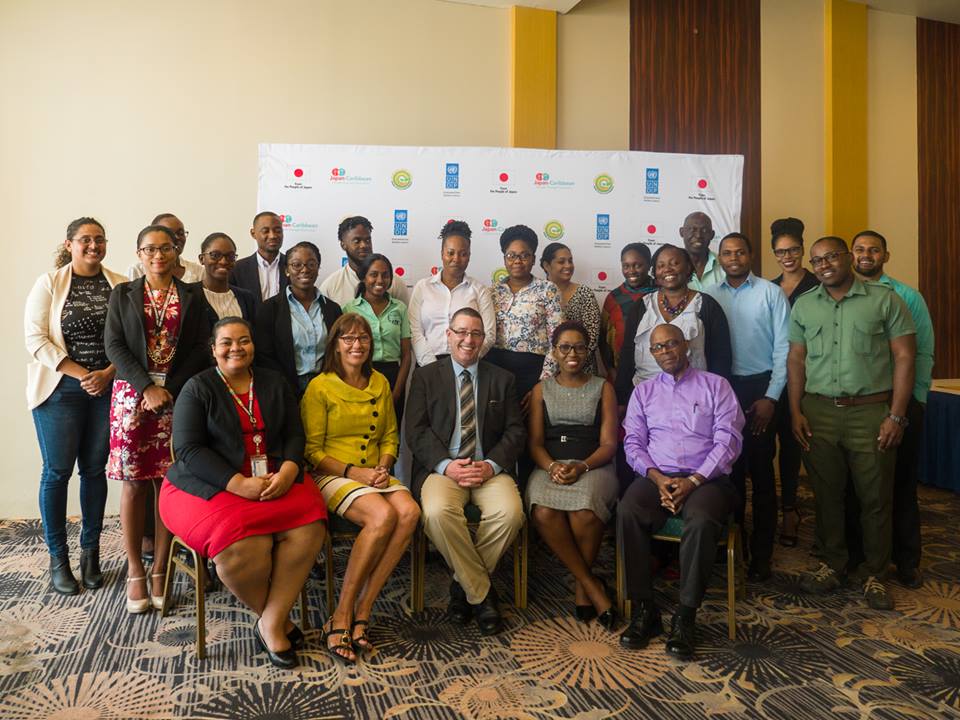 Georgetown, Guyana – (February 26, 2019) The Office of Climate Change (OCC), today, opened its second National Adaptation Plan (NAP) Workshop, which is aimed at facilitating input for the review of the National Action Plan (NAP) to reduce Guyana’s vulnerability to the impacts of climate change.

The workshop will also facilitate the integration of climate change into new and existing policies and programmes regarding Guyana’s development.

The one-day workshop, which targeted officers from Government agencies, is being conducted under the Japan-Caribbean Climate Change Partnership (JCCCP) and facilitated by consultants from the United Nations Development Programme (UNDP). The objective of this second workshop is to review the draft which was completed following the first workshop in October 2018.

Head of the OCC, Ms. Janelle Christian explained that this second consultancy process will ensure the NAP is tailored to Guyana’s specific climate change concerns. This comes in the wake of the disclosure by the Inter-Governmental Panel on Climate Change (IPCC) that there must be more ambition and efforts to reverse the effects of climate change. 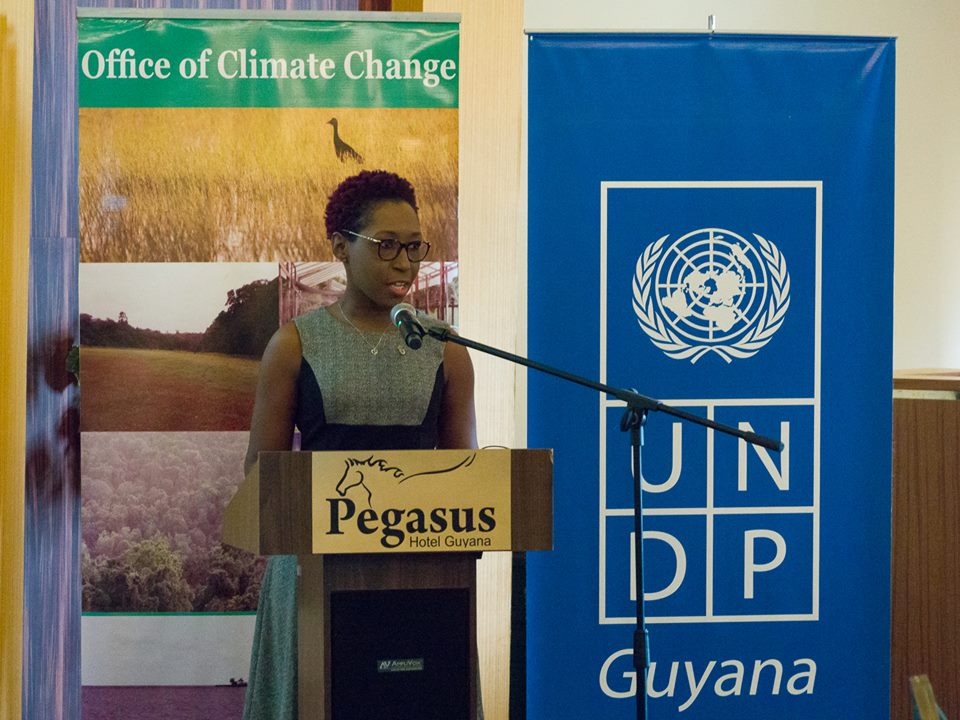 “Today’s activity will be looking at where do we see the priorities as it relates to Guyana’s risk profile when we consider the scenarios and projections as it relates to climate change. This is even more important now because here in Guyana, we are already seeing impacts of climate change both on the Coast and in the hinterland. We do not need to be wondering if Guyana is going to be affected. We are already feeling the impacts and it is now time for us to reassess the studies that we have had and [the] projections from previous years and bring it up to date with today’s science so that we can prioritise the significantly affected sectors, livelihoods and people,” she said.

Ms. Christian noted that the activity is three-fold as it will look at strategies and other documents that would have been prepared in 2014 and 2016 and where the country is presently to determine if it must to be updated; to align these with the Government’s plans and the Green State Development Strategy and to update the actions outlined in the first draft (2018) in a realistic way.

“We want to assess and take stock to see if what we identified as priority back in 2015/2016 is still relevant, what it is that we… have done since then, and where we are going with respect to the new vision of the President…So we are crafting what are the priorities that we would like to be undertaken and this will be updated to include capacity building; who are the people we need to get the work done; what are the technologies that can be used and are needed. Once this is completed based on our inputs, there will be a process for public review and the document will be made accessible online so that the public can also have a say,” the Head of the OCC stated.

Ms. Christian said it is crucial to gather a wide cross-section of representatives as they each have a unique perspective to bring to the table, particularly since the effects of climate change are not felt in the same way by every citizen.

She also noted the specific challenges of those in the most vulnerable cross-sections of society. “We also need to consider the social elements, the vulnerable and those that are disadvantaged. Very often… the poor and the vulnerable are most at risk. They are the ones who are more severely affected. They do not have the means to adjust… When we are putting together these national plans, we need to have the sector that understands what is happening within the social space, so that when we plan, all of that is taken into consideration,” she said.

Meanwhile, National Focal Point at the UNDP, Ms. Astrid Lynch, in her remarks said that the JCCCP programme aims to support countries in advancing the process of inclusive low emission, risk resilient development by improving energy security and integrating medium to long-term planning for adaptation to climate change within or aligned with improved development planning and budgeting processes.

“Towards achieving this aim, this is the second workshop under this initiative. Building on the invaluable feedback we received during the first workshop we, therefore, keenly look forward to receiving your input. It is hoped that at the end of the workshop, we can continue discussions on climate change, recognising that each of us have to play a critical role in climate change mitigation,” she said.

The JCCCP programme aims to bring together policy makers, experts and representatives of communities to encourage policy innovation for climate technology incubation and diffusion. In so doing, the initiative aims to ensure that barriers to the implementation of climate resilient technologies are addressed and overcome in a participatory and efficient manner.