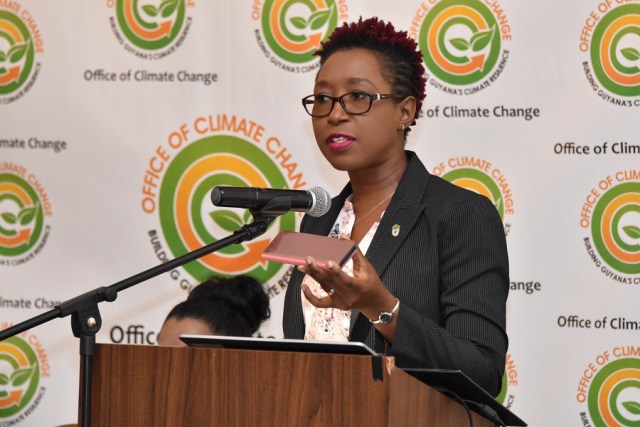 Georgetown, Guyana — (August 27, 2018) The Office of Climate Change (OCC), today, hosted the final workshop for the climate Technology Needs Assessment (TNA) project, during which the results of the project were presented to key project stakeholders. The one-day workshop was held at the Pegasus Hotel, Georgetown. 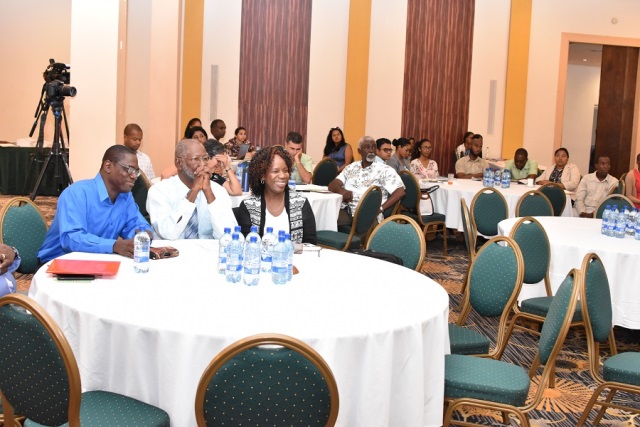 Through an agreement with the United Nations Environment Programme-Technical University of Denmark Partnership (UNEP-DTU), the Government of Guyana, through the OCC, conducted the TNA project with multiple State agencies in order to identify and prioritise technology that can contribute to Guyana’s climate change mitigation goals. The project also identified barriers hindering the acquisition of these technologies and facilitated the development of Technology Action Plans (TAP) to bring about the transfer, adoption, and diffusion of the prioritised technology. The next phase of the TNA project will see the preparation of Technology Action Plans (TAPs) and Project Idea Notes (PINS), documents that will be used to seek funding for the implementation of the prioritised technology.

Head of the OCC, Ms. Janelle Christian said that the TAPs can push development in Guyana. “Technology Action Plans for developing countries provide opportunities to use them for a range of different functions, including using them as a basis for possible investment portfolios [and] facilitating further development through project preparation tools. Technology Action Plans also provide opportunities for capitalising on them by using their adaptation, mitigation, and mitigation benefits, and making other adaption [and] mitigation processes, such as our Nationally Determined Contributions [and] our National Adaptation Plans,” she said. 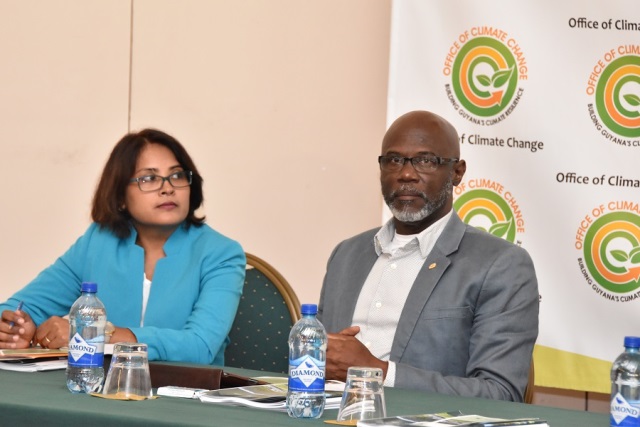 Ms. Christian also said that the successful completion of the TNA project marks Guyana for successful acquisition and diffusion of the prioritised technology. “We are actually in the early stages… as we get ready to prepare our National Adaptation Plan… [For] this particular set of reports that we are presenting here today, we will ensure that they are considered integrally as part of these processes… We believe that now that we have the TAPs and the [Project] Idea Notes coming out of the TNA process, it puts us in a great position to then make the connection through the [Climate Technology Centre and Network] for actually deployment and diffusion… for the technology so prioritised,” she said.

Ms. Christian said that the OCC remains deliberate and focused while facilitating the implementation of the prioritised technology.

Chairman of the National TNA Committee, Rear Admiral (ret’d) Gary Best, in an invited comment, said that the TNA project and the TAPs work in tandem with the Green State Development Strategy (GSDS). “I would like to look at [the TNA project] as an integral part of the Green State Development Strategy… These Project Idea Notes that we are identifying are all individual projects that will help to ‘green’ Guyana’s economy… [The TNA] is not independent. It is linked [to the GSDS], but we have to [strengthen the] link by ensuring that we integrate it… We have to deepen that [link],” he said. 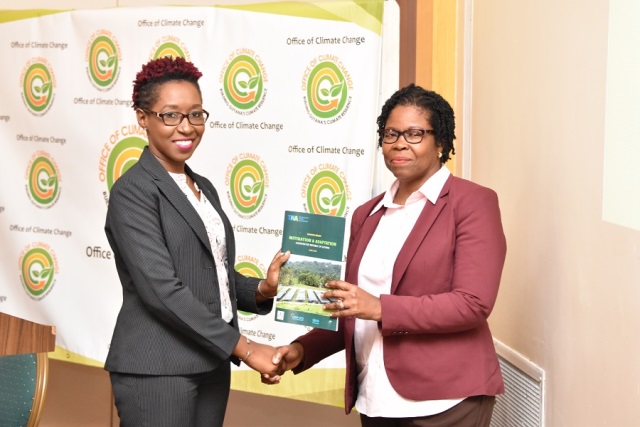 Rear Admiral Best also said that there are practical outcomes for the average Guyanese. “The project in the agriculture sector, for example, they talk about rain water harvesting… That would impact that lives of Guyanese significantly because we have a challenge in Guyana [where] in the rainy season, we have exceptional floods and in the dry season, we don’t have any water. So, [with] the rain water harvesting, if we were to manage the water supply [and] control the water supply, [and], at the same time, work with [Guyana Geology and Mines Commission (GGMC)] that this national asset called water is not polluted by GGMC, I see that project assisting Guyanese generally,” she said.

During the workshop, the Summary Report, TAPs, and PINs were presented to agency heads of project stakeholders.