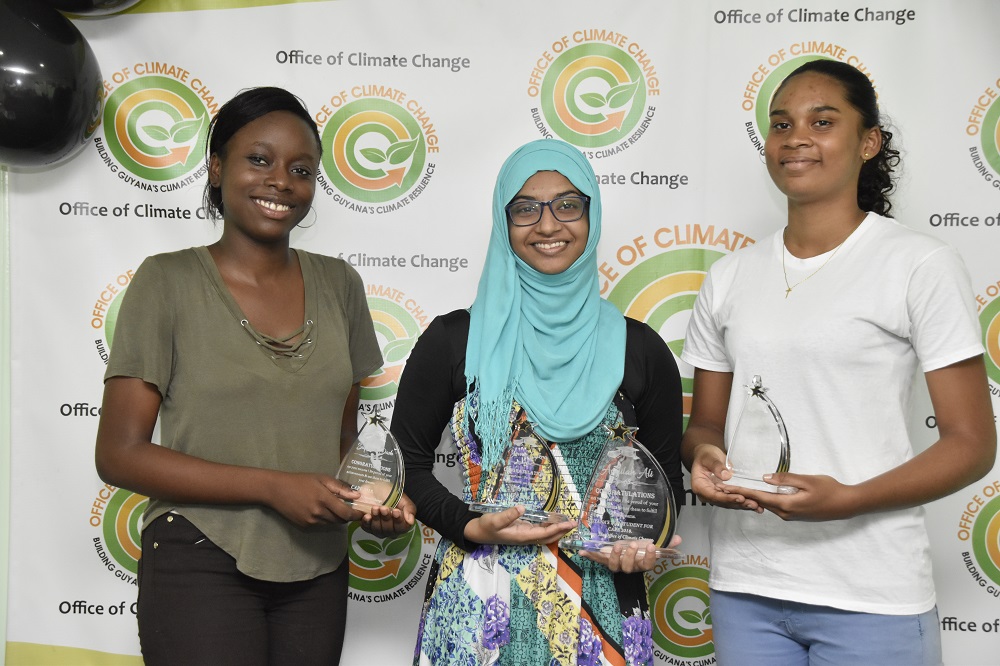 Head of the OCC, Ms. Janelle Christian said that the Climate Ambassadors showed exceptional leadership qualities. “When we were engaging them for their participation [in the conference], they were both studious and fun… We knew that they were special… At the regional conference, they were the youngest to [participate]… We were elated to hear that, from the team that went last year, we have the top CAPE unit two students for Guyana… The Office of Climate Change, partners, and friends brought them [here] to let them know how proud we are of their achievements,” she said.

Ms. Ali, who is the top CAPE performer in the country, said that her association with the OCC helped build essential skills. “I… have developed myself in public speaking. I [had] new experiences. Being here at the Office, I got this sense of leadership that I never thought I would have gotten,” she said.

Ms. Archer gave some advice for prospective CAPE students. “[It] would be hard work. In terms of leadership qualities, if you are introverted, you’ll really have to push through until you’re comfortable enough… You have to keep pushing,” she said.

Citing the influence of her affiliation with the OCC, Ms. Dash said that youths like herself should be targeted as Guyana pursues sustainability. “It all comes together when [considering] the development of the country… Over 40 percent [of the population] is youth. So, if we are going to [carry out] the Green State Development Strategy, the youth should be involved,” she said.