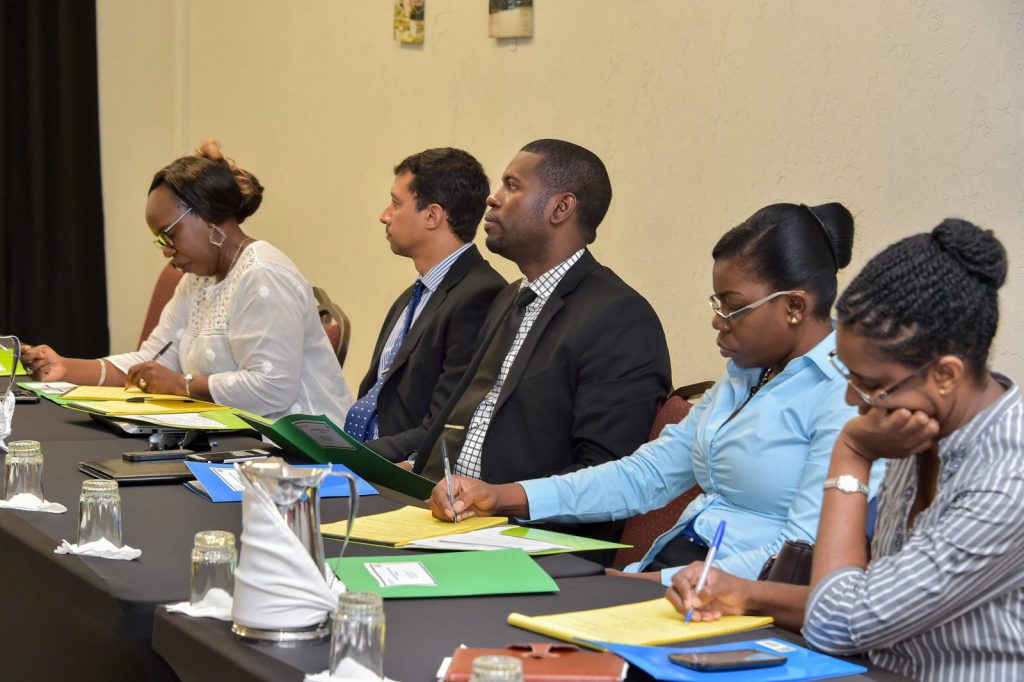 Georgetown, Guyana — (August 16, 2018) The Office of Climate Change, in collaboration with the United Nations Food and Agriculture Organisation (UNFAO), today, re-launched the National Climate Change Committee (NCCC) with the hosting of its first engagement, a workshop aimed at capacity building. The event was held at the Duke Lodge, Duke Street, Kingston.

Head of the OCC, Ms. Janelle Christian, in her remarks, highlighted the importance of multi-sector collaboration within the NCCC. “Climate change cannot be adequately addressed [if it is] lead by one unit or one department. Climate change is not just an environmental… 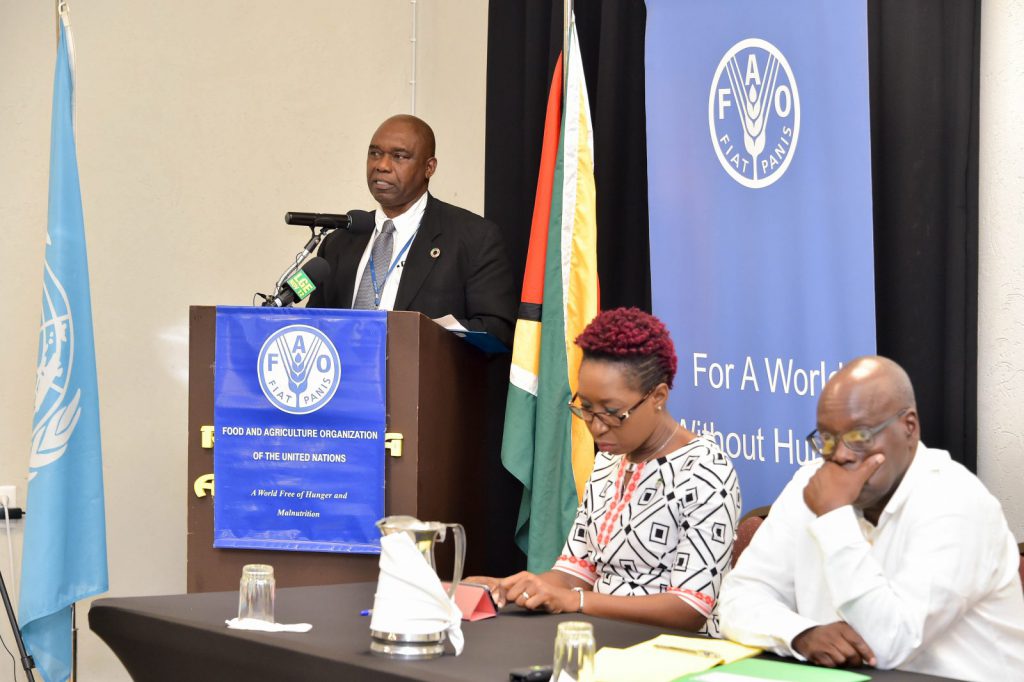 Ms. Christian said that the NCCC will play a crucial role in optimising the efficiency of climate governance. “We are known as a country that has always positioned climate change at the highest level… This has to be complimented by a structure or a system that will support Government agencies as they set policies and establish national priorities. [The NCCC] will… involve those who are responsible for negotiation at the international level… It involves those who are responsible for national planning and [the] national budget… It involves academia for research. It involves those who are responsible for key economic sectors… It is time that the Office of Climate Change [re-establishes] the mechanism that is critical to setting the priorities from the start and also advancing [the] implementation of actions across sectors,” she said.

Emphasising the OCC’s duty to prioritise the views of all Guyanese, Ms. Christian said all participating agencies will be called on for their unique input. “The National Climate Change Committee will not just be [established] to advance national action, but [the NCCC] will also shape how we engage at the international forum… When we go to these international forums, we go to discuss what the country sees as priority and the NCCC is an important part of the process. What… we advance as a national priority when we go to negotiate internationally, should not be the decision of one individual, but both State and non-State actors representing both interests. When we go to negotiate we should ensure that we have the best who will be speaking on behalf of the people and Government of Guyana. So, we will be calling on you… Please, do not take that lightly… We believe that consultation and engagement from the start is important for ownership and buy in and to advance what would identify [as priorities],” she said.

FAO Country Representative, Mr. Reuben Robertson said that the organisation’s partnership with the OCC can only push Guyana toward climate resilience. “FAO is cognisant of the impacts of climate change… we have prioritised globally, regionally, and nationally, through… strategic objectives, regional initiatives and country priority frameworks, to focus… on sustainable management of natural resources, climate change, and building resilience… We are working with the OCC… to better understand our obligation… and to chart together a way forward to achieve these objectives… This partnership can only get better. We will work together to make Guyana a more resilient country,” he said.

The NCCC was previously launched in 2007 within the Ministry of Agriculture. The now revived NCCC is comprised of representatives from the Ministries of Education, Public Health, the Guyana Lands and Surveys Commission, the University of Guyana, the Environmental Protection Agency, the Guyana Forestry Commission, Partners of the Americas, and other State and non-State agencies.