The Office of Climate Change (OCC) has completed a Technology Action Plan which prioritises the expertise that will be introduced to assist in the local climate change fight. 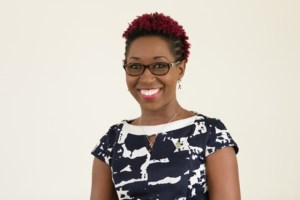 The programme, which is in its final stage, with just one workshop to be completed, focused on prioritising technology in Guyana for mitigation and adaptation efforts.

The reports are expected to be presented during a National Stakeholders Workshop slated for the end of June.

“We are very happy with the outcome,” said Christian, noting that the next step involves implementation, which will see the OCC mobilising resources to bring to fruition areas identified in the Action Plan.

Forest, mining and energy were the focus sectors under mitigation and for adaptation, emphasis was placed on water resource management, low-lying coastal areas and agriculture.

According to Christian, the process has been ongoing for the past two years and involved all stakeholders from a National Steering Committee divided into sectoral working groups.

The sectoral working groups comprised experts, who identified the technology important to Guyana in its fight against climate change.

These and other projects being undertaken by the OCC in collaboration with local, regional and international partners, forms part of the Administration’s ‘green state’ objectives.

OCC collaborates closely with the Department of Environment (DOE) both of which fall under the purview of the Ministry of the Presidency (MoTP).