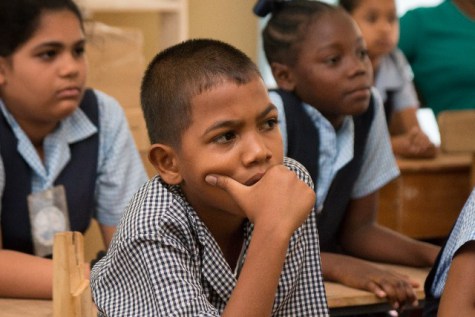 Students from both public and private schools across Guyana will now be more aware of climate change and what it means for the country, as the Office of Climate Change (OCC) continues its education and sensitisation sessions throughout the 11 education districts.

The programme targetted 20 schools in 2017 while 51 primary, secondary and tertiary educational institutions are slated for 2018. It is a collaborative effort between the OCC and the Guyana Youth Environment Network (GYEN). 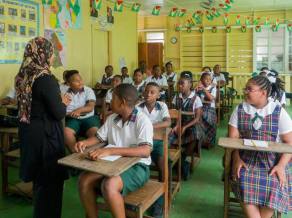 Bowman said third and fourth formers from the Secondary schools are being targetted and fifth graders at the Primary level.

Post-secondary institutions were also engaged during this first phase, including the Government Technical Institute (GTI) and the Bertram Collins College of the Public Service.

“The engagement has been quite rewarding and what we do after each session we have reinforcement sessions,” which include word search activities, Bowman noted. 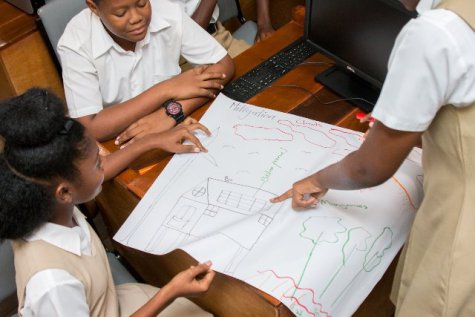 The Communication Specialist said the OCC tries to make the sessions as interactive and exciting as possible to keep the students engaged, while they learn about an important and life-changing phenomenon.

Groups of approximately 20 students are selected by the headteacher of each school to ensure maximum participation at the Primary schools.

For the Secondary and Post-Secondary students, Bowman said the sessions will focus on climate change adaptation and mitigation, as well as sustainability.

For the new academic year, September to November, the OCC will be focusing on schools in the far-flung communities in Barima- Waini (Region One), Potaro-Siparuni (Region 8) and Upper Takutu-Upper Essequibo (Region Nine).

Importantly, Bowman said when school closes in July, the office will shift its attention to youth groups and farming communities.

“We want to know that climate change is real, it is affecting Guyanese and persons need to be aware of what is needed to adapt, what are some of the things you can do to mitigate the effects of climate change,” she pointed out.

Plans are on stream to include sessions at the Nursery level come 2019.