A Project funded under the Japan-Caribbean Climate Change Programme (JCCP) to address the water scarcity problems in the Upper Takutu-Upper Essequibo (Region Nine) is gaining momentum. 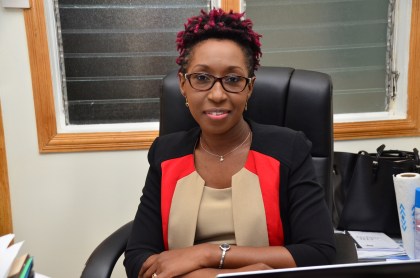 This is according to Head, Office of Climate Change (OCC) Janelle Christian, who recently said it is part of the government’s efforts to providing longer term solutions to the region’s annual drought. Christian said the terms of references for the water resource management pilot project were completed. The Office is currently working on recruiting a suitable procurement firm. The firm will be responsible for conducting the socio-economic studies for the pilot site and the ground water assessment.

The OCC head said the best solutions to address the water scarcity issue in the region will be derived from those studies and work will commence.

Further, it was announced this year that as part of continued efforts for long-term relief against the cyclical weather patterns in that region, work on wells is expected to begin in September.

The Rupununi’s landscape is characterised by the presence of Savannah, forest, freshwater, and wetland ecosystems. Historically, it has experienced several episodes of prolonged droughts, the most recent one being during 2015-2016. This severely impacted food security and residents’ livelihoods.

The government has since mandated that systems be put in place to ensure that there is long-term relief during the dry seasons.